Self Defense Knoxville TN, Gassing Out? 3 Tips How To Not Get Exhausted During Training

Gassing Out? 3 Tips How To Not Get Exhausted During Training 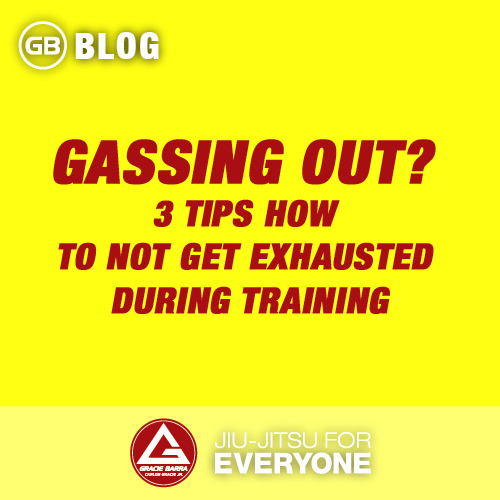 How often have you heard this statement from a newer student of bjj, exhausted after a roll:
Oh man! I need to get better cardio!” The specific student may or may not be in need of extra running or cycling outside of the academy, but many times the individual gasping out that statement is already a very physically fit individual!

Why are they getting so tired?

The common factor for most is that they are tensing too much. Arms fully extended, stiff and every muscle in the body rigid and flexed, holding their breath and expending WAY TOO MUCH energy to accomplish little.

One old boxing coach asked rhetorically to a new student who was extremely tense and stiff during a roll Tell me how many sports you can play that stiff and tensed!?” So how does the student who is gassing out badly during a roll help to correct this problem?

Here are 3 suggestions to help you overcome this common problem:

While this suggestion seems obvious, many student unconsciously tend to hold their breath while executing movements. Observe new students shrimping during warm ups. Many will hold their breath down the entire length of the mat. I emphasize that the students exhale deliberately while performing fundamental movements like shrimps and bridges to teach the body to use their breath in concert with their body movements.

Anyone who has seen the documentary Chokewith Rickson Gracie remember the scenes of him demonstrating diaphragmatic breathing in a yoga pose. Breath control is used to relax the entire body and mind in stressful situations. The ADCC Champion Kron Gracie stated in an interview that correct breathing was one of the very most important aspects of his bjj. 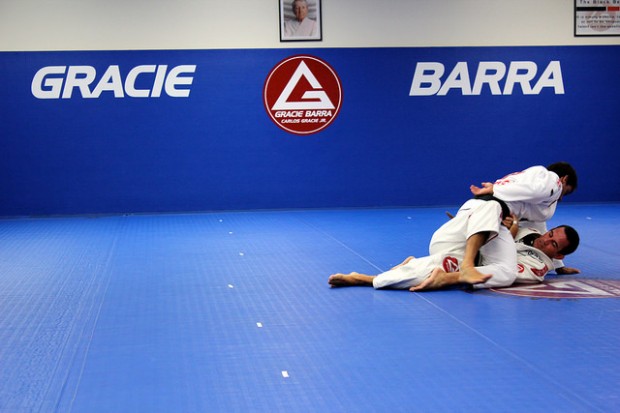 When you are stuck in a bad position on the bottom, your energy can rapidly drop. Any time you are in an unfamiliar position, you tense and burn energy at an accelerated rate. The MMA fighter Frank Shamrock said that one of the keys to his legendary endurance was that he spent time in training fighting from bad positions. He was able to relax when most others were freaking out trying to escape because he had been there a million times before in training.

Comfortable in these bad positions, knew where the submission threats would be coming from and not have to defend EVERY imaginary threat. He could relax the muscles that he didn’t need, breath and plan his escape at the correct time.

We see otherwise skilled bjj fighters quickly become fatigued at bjj tournaments in the standup portion of the match. They have not spent nearly as much time training their standup and therefore are not as comfortable. If they spent more time standing in their training, they would not feel as far out of their element and be able to relax more.

3) Use leverage and posture instead of pushing or pulling

Grandmaster Helio Gracie developed ways of performing the techniques of jiu-jitsu in such a way as to employ more leverage and body positioning and less muscular strength. You need to examine your own positions and ask yourself if you are using far more muscles than you need to. Your black belt professor can likely observe your escape or sweep and provide some advice on how to use more efficient leverage to do the same move.

A great example is using frames on the bottom of side control to prevent your opponent from applying their bodyweight to you. Using frames means constructing structures using your arm bones to support the opponent’s bodyweight. The alternative is to use triceps and shoulder strength to attempt to muscle off your opponent. Some students are strong enough to bench press their opponents off of them,..once or twice. But this rapidly empties the gas tank! And an exhausted opponent is much easier to submit than a fresh one. 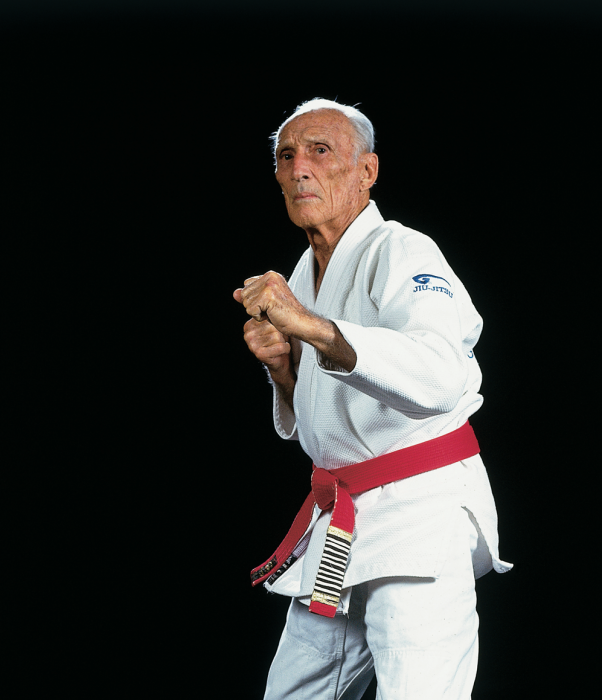 I had a first year student tell me after class that he had just rolled for 20 minutes without fatiguing! He explained that he was learning to relax in some bottom positions, breathe and try his escapes when the timing was correct. My response? Now THAT is jiu-jitsu!

If you are getting exhausted during rolling, you may not need more time on the exercise bike. More likely the answer is somewhere in these 3 tips.