Self Defense Knoxville Tn, Don’t Neglect This In Your Bjj Training!

Don’t Neglect This In Your Bjj Training!

Here is the situation: a new student visits your academy for training. They reveal that they have no bjj experience, but have come from another athletic background. Bigger, stronger and heavier, they have no bjj technique, but a mountain of ferocity and raw athleticism carried over from football or weight lifting.When the rolling starts they don’t use conventional bjj strategy and can do some very unpredictable things.

You see, an untrained person is playing by different rules. They don’t understand that it is not a wise strategy to try to choke their opponent from inside the opponent’s guard.

Against an experienced bjj practitioner, trying to choke them inside their closed guard will quickly get someone arm locked. The problem is if the student on the bottom is not prepared for this type of unorthodox attack they can be exposed and tapped by a larger, stronger opponent. 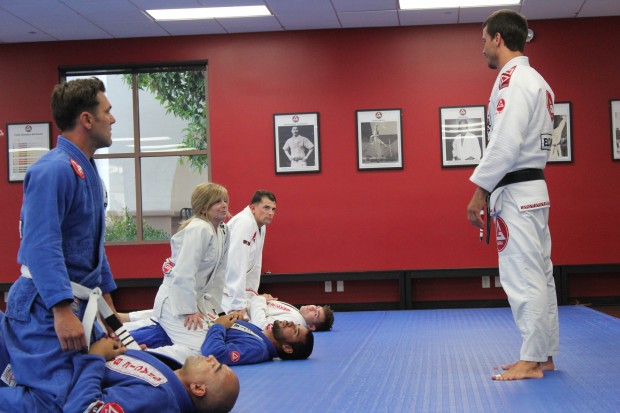 If you are expecting the opponent to play bjj with you and their only strategy is to squeeze your head until it pops, you might have a hole in your game exposed. As a white belt (don’t ask me how many years ago that was!) was once paired against a large, athletic complete newbie. What I later found out was that he had been an elite level international rugby player and wrestled at the national level.

He could not pass my guard and then over the next 5 minutes, tried to choke, strangle, squeeze, crank and pressure me any way he could to submit me. Not a bjj strategy, but difficult to survive an onslaught by a bigger, powerful opponent! 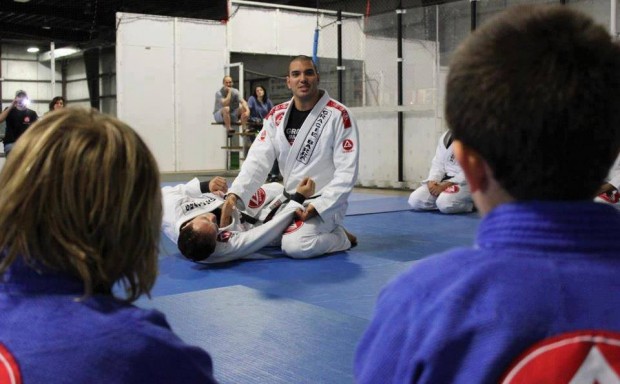 With this type of scenario in mind, one must also learn how to defend unorthodox attacks as well as developing ones spider guard and De la Riva sweeps. When you roll with your classmates in the academy, you both are trying to do jiu-jitsu to each other. The raw beginner is not, as he is unaware of what he is supposed to be doing.

I have witnessed students unaccustomed to these non-bjj attacks overwhelmed by the intensity of the opponent and forced to submit. I recently taught a class in Fundamentals about How to defend against a bigger, stronger opponent who is trying to squeeze your head or choke you inside your guard.

When I demonstrated the thrust choke (also known as amassa pao in Portuguese) several students were shocked that they could be choked out by an opponent inside their guard. One must spend time early in their study of bjj learning how to defend against common street attacks and the situation presented in this article.

Don’t neglect this part of your bjj training and get exposed!